Teachers are authority figures. Whether you are dealing with a high-schooler who doesn’t want to see you as an authority or an elementary student who thinks of you as a hero. I just want to talk about the importance of encouragement. Until I went to art school I actually thought I was quite good at art (I am embarrassed to even show the art in this post!).  No one had ever told me otherwise and I was encouraged to draw, paint, and create. I had never really doubted my talent and so because of this I was able to practice, practice, and practice some more. Practicing anything will make you better at it! When we get it into our heads or our told by the people we trust that we can’t do something its human nature to do one of two things. We either prove them wrong or we prove them right.

I had dreams growing up. I wanted to be an art teacher and a History professor. I like to think I am a person that proves them wrong but as a young adult I had let the opinion of others I trust and love sway me to give up some of my dreams. My dream of becoming a history professor I threw away after making it over half way through my Masters degree. I was assigned a new adviser. He was a very nice individual and after we talked for almost an hour he said the words that would lead me to drop out. He told me I would never get a job as a professor or that it would be at least very difficult. I don’t believe he was trying to be mean and he even said that I should pursue it if that was what I wanted. He gave me a lot of truths about how employment and discrimination work against women and age. I decided to not pursue it any longer. Instead I embraced my passion for art and enrolled into the Masters of Arts in Education program. I became an art teacher (something I had also given up after someone I love convinced me I should)!

I think back to my high school art teacher and my college professors. I think back to the encouragement I was given. Even my college professor who would challenge me and made me want to create art just to spite him! Then I think to some of the high school art teachers I have met and sometimes I want to cry for their students. Not because they are bad teachers and not because they are bad people but because like my History adviser they are honest people. Believe me I was never just given blind praise and encouragement. I had teachers who pushed me and pointed out where I needed to work more but I never had a teacher who could look at my art and say that I should never take another art class. I never had a teacher that said I was not good enough for art club or that what I was creating was not artsy enough.

All this to say that students are not gown ups. Students do not have it all figured out. If I had been unlucky enough to get a teacher who discouraged my art I feel that I would not be where I am today. I can look back at my art and honestly say that I would not have received the encouragement of some of the teachers I have met over the past years. What I do see though is work that I thought was good enough, work that I would spend years getting better at. When I teach students I do push them to improve, I give them encouragement, and I show them where they can improve and then teach them the tools to help them improve. I don’t discourage them from drawing anime or fantasy but push them to also learn more.

I look at my funny creative husband who as a student was told his art was not good enough and it makes me sad. I look to all those people who feel that they can’t do art for one reason or another and want to yell you can! Some people are born with crazy talent (don’t get me talking about a college friend I had!), and some people are diligent and learn and practice and practice some more. Will you be great in a year? Maybe, but I know you definitely will have improved. If you always wanted to try something then do it! Don’t let that voice tell you that you can’t do it! 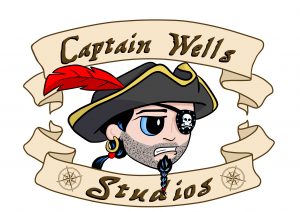